The Normal Family's Guide to Disney

Our family just returned from a trip to Disney World and I have to say that after making three trips to Disney in the last 20 months (due to an unusual clumping of circumstances, including Husband's milestone birthday last year), we are becoming experts. I have a few tips to share--but if you're looking for breathless exclamations about how you should put $13.45 aside every week or take the park counter-clockwise and bring your own peanut butter sandwiches, then this is not the Disney advice blog for you. 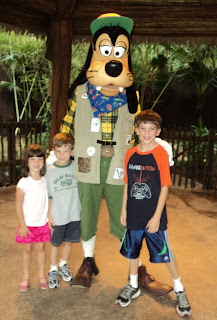 My tips and observations are for normal families that even my less-than-normal family found useful:
Whew, that 's enough tips. Enjoy some photos from our semi-normal family enjoying Disney: