Holiday buying is tough. Not even Santa always gets it right.

I was prepared to mock a certain relative for giving Justin a set of markers that write on windows. He's five. It's not like he's preparing to drive in a caravan to the big game any time soon. And I was a little rude about it. 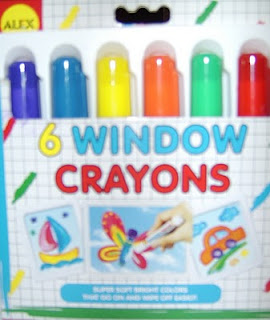 BUT. The more I thought it about it--at least he liked them immediately, even if I do now have scribbles all over my sliding doors. 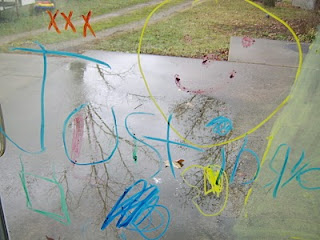 Santa didn't score so well. If you read nothing else on this blog, take a peek at Justin's Christmas list for this year. I'll wait.
Well, Santa in his infinite wisdom decided that there were some better things out there that Justin didn't even know to ask for, like the new Fisher Price TRIO (which I learned about from very helpful local blogger, "Mommin' It Up"). On Christmas morning Justin ripped through his packages and pronounced after every one, "This wasn't on my list." Husband I were giving each other pained looks throughout. I snuck out of the room and got a glue stick that I had been saving for a rainy day to add to his stocking quick, since it was on the list.
He pouted for about an hour, then proceeded to build several things with his new toys and got over it, however, I think Husband may have sustained serious gift-giving damage.

Fortunately, if you remember, Husband's overlap of Justin's list was easy to remedy later.
By Holly Michael, APR at December 26, 2009