Cleaning Up at the County Fair 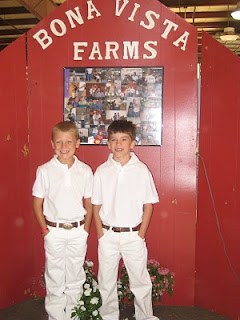 In case any fashionistas have accidentally found this blog, I want to assure you that the above photo was taken before Labor Day. The boys (Ryan is on the right) are dressed in their white to show their dairy heifers. Why white? I don't know. Asking people who are about to work with cattle to wear white is about as ridiculous as expecting people who are about to paint a room or cut open a body to wear white--and yet we do. 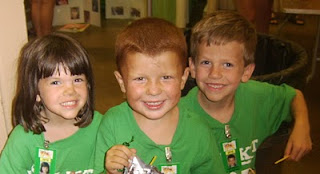 Luckily, it will be a few years before we have to wrestle these three down and put them in white. Until then, we'll keep them enrolled in the dirt-eating contest they love so much. 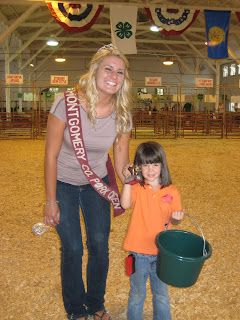 But let's get to the bragging, shall we... Ryan brought home trophies for both his pigs and dairy heifer. Morgan won a blue ribbon for her flamingo cupcakes and a cute little pig trophy for winning pee-wee pig showmanship. Justin won a coveted pig brush for his pee-wee pig entry and also was the big winner in the Kids Bucks Game Show, winning a stuffed animal. 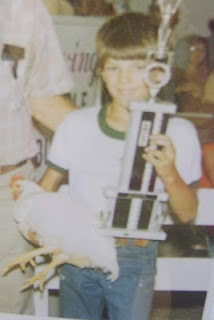 Oh, and there was a historical display of photos. Look at this cute little historical guy with his champion chicken. Who would have guessed he'd grow up to be a dreamy pig farmer?

I still get a little pang every year when we leave the county fair. It's a great week of family time, a celebration of our agricultural life and a place with so many memories.  Check out this year's memories here: