Boxing up the Ornaments

I know some people have their trees out at the curb (or in a box) already, but I couldn't let the season end without sharing this video clip from the kids' church play. 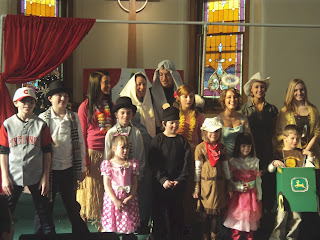 They play centers on a group of ornaments in a box. Frosty the Snowman, the star and an angel have it out with the souvenir ornaments until Joseph hops over from the nativity scene to set them straight about the meaning of Christmas. 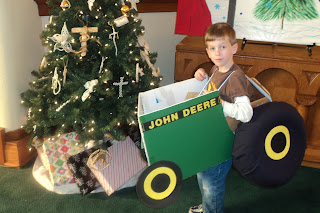 Justin was a tractor ornament (we're getting a lot of use out of that Halloween costume!) and did the child's prayer to end the play. 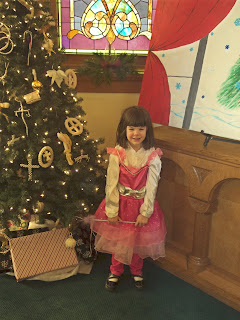 Morgan was a princess ornament. 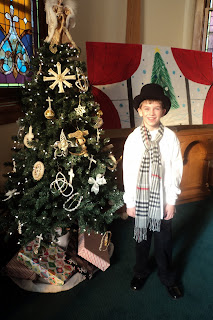 Ryan had a major speaking role as Frosty the Snowman.


Check ﻿out Justin stealing the show during the grand finale. (This was taken during dress rehearsal, so we had a fill-in Mary.)
By Holly Michael, APR at December 26, 2010

Email ThisBlogThis!Share to TwitterShare to FacebookShare to Pinterest
Labels: Christmas