Adam & Eve, Y'all get OFF That Dinosaur and Come Watch Bill Nye Debate

Earlier this evening I saw something unbelievable, incredible really. It was so miraculous, I guess it's appropriate it happened at God's Creation Museum and Zipline Complex. (Motto: Our Bible-based engineers have designed this zipline to.... OH CRAP!)

I saw two people engage in a civilized discussion/debate over something they both felt passionately about. God was involved. There was even sex and naked people. And still the conversation was orderly and civil. What's up America? What happened to the good old days when you could just scream at people who didn't agree with you and then protest at some other guy's funeral?

The nerve of that Godless Bill Nye to march into the very home of Adam, Eve and their Triceratops and rattle on about carbon dating and 6,000+ year-old stars. Thankfully Creation Museum founder, Ken Ham, plus some guy from CNN, were on hand to facilitate a very orderly and non-yelling dueling PowerPoint presentation. 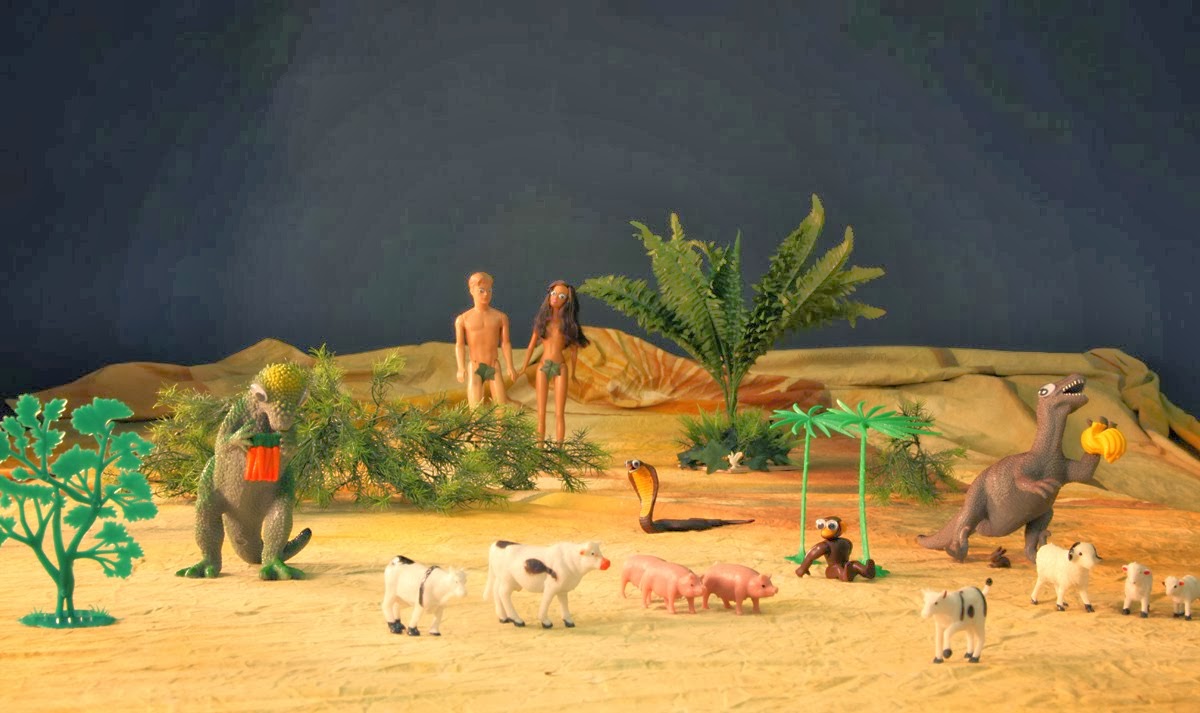 But it was a fascinating event, if not surprisingly civil. Even the Kentuckians in attendance behaved; it appeared very few of them were even spitting tobacco. Anyway, Bill Nye was all the Bible is as reliable as a game of telephone and Noah couldn't have been that good at building boats and a bunch of smart science-y stuff.

But Ken Ham fired back with Bill, there is a book out there that explains everything... and all ways to measure rocks are fallible, but I know one infallible source of information and some stuff that used science words but wasn't science.

If you would like to see the debate for yourself and/or help fund the "Abraham, Isaac, Jacob and the Technicolor T-Rex" display*, please check it all out here.

*Not a real display, so don't worry about that statement while you are praying for my soul.

UPDATE: I forgot to include a link to this hilarious article in alternative magazine, The Beast. The editors punked Ken Ham during the museum's opening in 2007.