The Valley Recap: “This is Never Going to Matter” (S1:E7)


Welcome back! If you missed my previous recaps of The Valley, be sure to check them out.

The cast includes:
Ally –  Wears a hat
Chris – Shops for a baby
Stephanie – Flirts with Donald
Donald – Flirts with Stephanie
Alexys –  Was bullied in high school
Nathan – Lies to his parents

Theme song :  “Do you have what it takes?” To give up on this show before you even finish the promised eight episodes? To care about any of these people ever again? To tune in for future seasons? 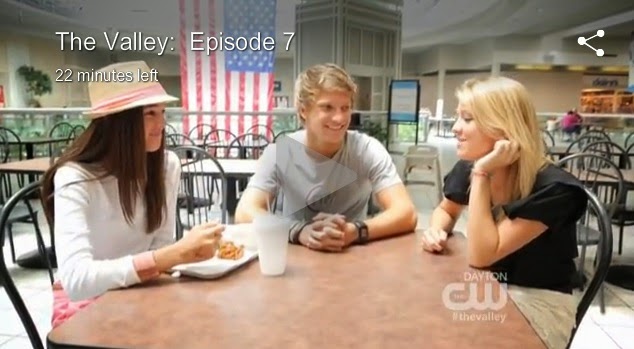 More boring talk about the Stephanie drama.
Chris:  “This is never going to matter.”

Nathan calls--from the back woods of DeGraff? His parents have asked him if he is gay and he lies, because he hasn't moved out yet.

Does he not have any other friends? Why does he have to call them at the mall?

Ally, Chris and Alexys are doing a charity event. Guy from the mall does some sort of speech. They are going to shop at JC Penney’s for Hannah’s Treasure Chest.

Chris has to shop for a baby. Literal money shots of the mall.

Producer: Next-to-last episode, so we better use up all that b-roll of Dayton we took before we decided to shoot mostly in Cincinnati.

Alexys and Ally sit down in the mall and chat. Alexys says she was bullied in high school by girls who stalked her.

Nathan has a new place. It smells like dog. He is only going to live there a month but he had to get away from his parents because of the gay.


Third adventure: The Beach Waterpark
Which appears to be abandoned.

Lots of head cameras used while they go down water slides. Ooh, they have an underwater camera.

Ally: “Why don’t Stephanie and Don B hook up already.” 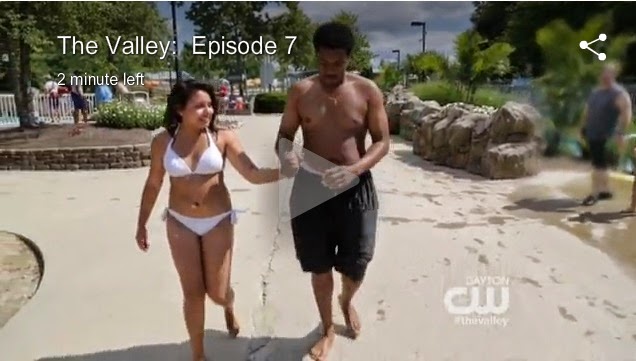 Good grief. Last week they teased the finale and made me think that there were only going to be seven episodes. But I guess I get to do this ONE MORE TIME.