The Pig Ate My Homework

I'm sure that many schools in this country would be hesitant to condone absenteeism due to swine exhibition obligations but fortunately we live in Small Town America, so our son's absence from school to take his pigs to Georgia last month was OK. 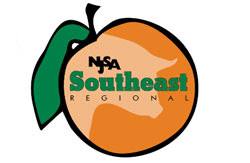 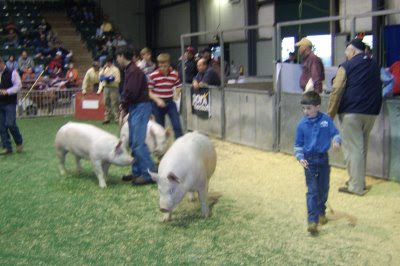 He exhibited two Yorkshire gilts with the help of his GrandDad who accompanied him on the trip. He discovered he really likes Waffle House. Ryan made the discovery--GrandDad, who in the great tradition of our forefathers regularly worked until all the normal restaurants are closed, already knew about Waffle House. 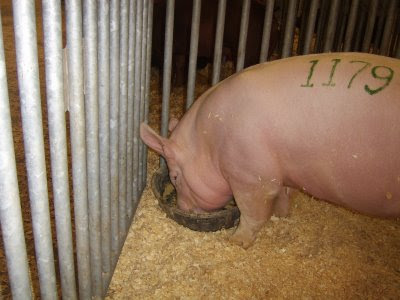 This was the first (of many, I'm sure) hog road trip Ryan made without his Dad. He did a great job. 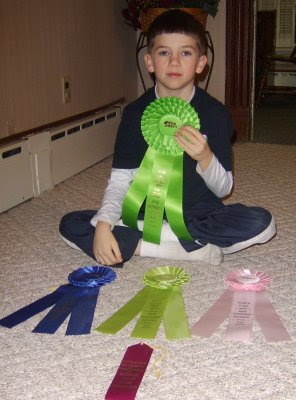 Once again, Ryan brought home multiple awards, including first place with his gilt and sixth place overall among his age group.

And lest anyone accuse us of taking him out of school for some sort of pig vacation, Ryan was tested on his swine farming knowledge. He performed the best he's ever done in this test, called the skillathon.

The last thing we want to do is raise one of those weird kids who have no social skills and wear blue jeans and flannel shirts year round, but we're proud to have a son who wants to learn as much as he can about agriculture.

Someone's got to help the next generation of Friendly Suburban-Dwelling Co-Workers.