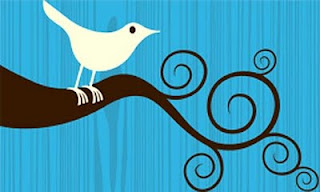 Tip of the hat to Ed Bennett for this idea--his applied to hospitals on Twitter.