A few months ago, my 17-year-old son got in his car with his best buddy and set out on an adventure out of town. They got in trouble with the law and stayed out past bedtime on a school night. We were livid, so we put our foot down.

We told him that the next time he drives his 79-year-old GrandDad to a pig auction, he should follow the speed limit—and that they may have to leave before the auction is over to get home on time. Yeah, this is the kind of wholesome trouble that my farm kids get themselves into.

So our son got his first speeding ticket WAAAAY out of town and since he is a minor you can’t just pay the ticket. No, you must appear in juvenile court. With your parent.

Fortunately, after waiting for weeks to determine his fate, the court date was transferred to our county. We were getting our day in court. Because we are but simple country folk and also possibly because I greatly overreacted, we over-did the whole court thing.

Even though I have worked right outside the big city for years during my career, I was still gravely concerned that there would be nowhere to park. So we arrived more than an hour early.

The very kindly man working security at the then-vacant juvenile court building was VERY surprised to see us so early, which was evident by the way he whipped his head around to look at the clock when we walked in.

But thank goodness for his help. There were no signs, no instructions on what to do when you got there. Somehow you were supposed to know that you had to go downstairs to a little window marked Traffic to check in but then back upstairs to wait for court.

As other people started arriving, it was also clear that we were overdressed. I had made our son wear his homecoming dance outfit and his father even had to dust off his pair of khakis.

The OFFICIAL COURT LETTER we had received said no phones. So we sat there. For more than an hour. With no phones. Watching everyone else look at their phones. In our Sunday best. The only thing we forgot was a picnic basket containing a glass jar of hard boiled eggs. 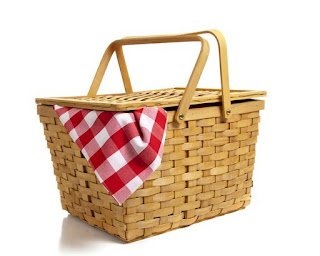 Court itself was fascinating. We all went into the court at once and they called up the kids and parents alphabetically. So we all got to hear their traffic crimes and what the magistrate had to say. Husband enjoyed this part so much, he was really disappointed when we got called up, Ryan plead guilty, the magistrate assigned our fees and they sent us back downstairs to pay.

I may not have mentioned but this whole court thing happened in the evening—to keep kids from missing school. So we were hungry for dinner by the time this whole thing was over. And since I had NOT packed a picnic basket like a good country woman, we decided to go out to eat.

So that’s the story of how we ended up taking our delinquent son to Spaghetti Warehouse to celebrate his traffic delinquency.

Sorry to mix my TV metaphors, but I gotta end with the timeless words of the Balladeer:
Just a good old boy. Never meaning no harm. Someday the mountain might get em, but the law will-probably-catch-you-speeding-on-the-way-to-a-pig-auction. YEE-HAW!